Wat Arun Ratchawararam Ratchawaramahawihan or Wat Arun ("Temple of Dawn") is a Buddhist temple (wat) in Bangkok Yai district of Bangkok, Thailand, on the Thonburi west bank of the Chao Phraya River. The temple derives its name from the Hindu god Aruna, often personified as the radiations of the rising sun. Wat Arun is among the best known of Thailand's landmark. The first light of the morning reflects off the surface of the temple with pearly iridescence.[2] Although the temple had existed since at least the seventeenth century, its distinctive prang (spires) were built in the early nineteenth century during the reign of King Rama II.

A Buddhist temple had existed at the site of Wat Arun since the time of the Ayutthaya Kingdom. It was then known as Wat Makok, after the village of Bang Makok in which it was situated. (Makok is the Thai name for the Spondias pinnata plant.) According to the historian Prince Damrong Rajanubhab, the temple was shown in French maps during the reign of King Narai (1656–1688). The temple was renamed Wat Chaeng by King Taksin when he established his new capital of Thonburi near the temple, following the fall of Ayutthaya. It is believed that Taksin vowed to restore the temple after passing it at dawn. The temple enshrined the Emerald Buddha image before it was transferred to Wat Phra Kaew on the river's eastern bank in 1785. The temple was located in grounds of the royal palace during Taksin's reign, before his successor, Rama I, moved the palace to the other side of the river. It was abandoned for a long period of time, until the reign of King Rama II (1809–1824), who had the temple restored and the main pagoda raised to 70 m. The work was finished during the reign of King Rama III (1824–1851). The temple underwent major restorations during the reign of King Chulalongkorn (Rama V, 1868–1910) and in 1980, prior to the bicentenary celebration of Bangkok's foundation. The most extensive restoration work on the prang was undertaken from 2013 to 2017, during which a substantial number of broken tiles were replaced and lime plaster was used to re-finish many of the surfaces (replacing the cement used during earlier restorations). As the work neared its end in 2017, photographs of the results drew some criticism for the temple's new appearance, which seemed white-washed compared to its previous state. The Fine Arts Department defended the work, stating that it was carefully done to reflect the temple's original appearance

The main feature of Wat Arun is its central prang (Khmer-style tower) which is encrusted with colourful porcelain. This is interpreted as a stupa-like pagoda encrusted with coloured faience. The height is reported by different sources as between 66.8 m and 86 m. The corners are surrounded by four smaller satellite prang. The prang are decorated by seashells and bits of porcelain which had previously been used as ballast by boats coming to Bangkok from China. The central prang is topped with a seven-pronged trident, referred to by many sources as the "Trident of Shiva". Around the base of the prang are various figures of ancient Chinese soldiers and animals. Over the second terrace are four statues of the Hindu god Indra riding on Erawan. In the Buddhist iconography, the central prang is considered to have three symbolic levels—base for Traiphum indicating all realms of existence, middle for Tavatimsa where all desires are gratified and top denoting Devaphum indicating six heavens within seven realms of happiness. At the riverside are six pavilions (sala) in Chinese style. The pavilions are made of green granite and contain landing bridges. Next to the prang is the Ordination Hall with a Niramitr Buddha image supposedly designed by King Rama II. The front entrance of the Ordination Hall has a roof with a central spire, decorated in coloured ceramic and stuccowork sheathed in coloured china. There are two demons, or temple guardian figures, in front. The murals were created during the reign of Rama V. 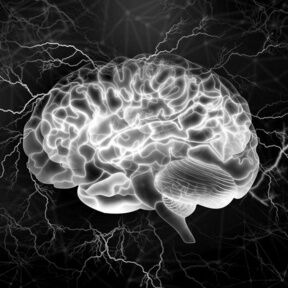